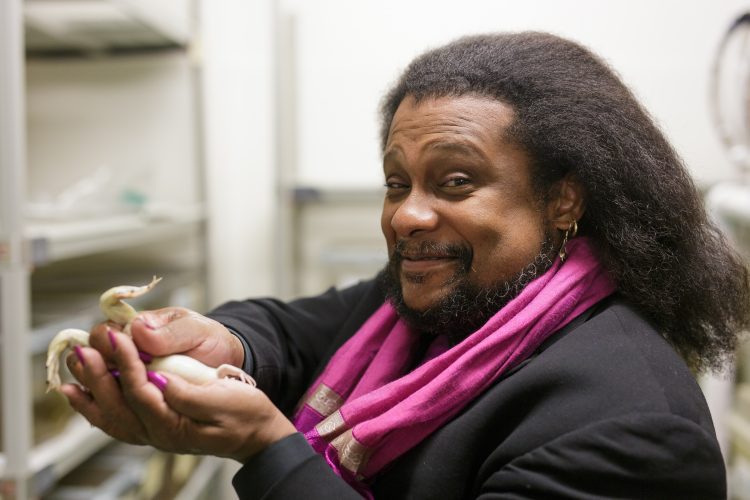 Tyrone Hayes is known for his research findings regarding the effects of the herbicide atrazine on frogs. Atrazine is often used by corn farmers, but Hayes’ research illuminated serious questions about its safety. Syngenta, the manufacturer of atrazine, launched a campaign to discredit both Hayes and his research, which resulted in the settlement of a multi-million dollar class-action lawsuit against Syngenta.

Read the article in the New Yorker that documents Tyrone Hayes’ story.