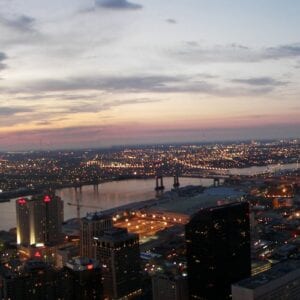 In the second of a two-part conversation with New Orleans Mayor Mitch Landrieu, we explore the innovative ways he is addressing the issue of race in his city.

Sanford School @ Duke · Race in the City of New Orleans

Landrieu led a campaign to remove Confederate monuments from city property. He publicly apologized for the city’s role in the slave trade. But it was the murder of a 9-year-old boy, James Darby, that made the issue personal to him. The little boy had written a letter to President Clinton to say he was frightened that he would die. Eight days later, James Darby was dead, shot by another African American young person in Landrieu’s neighborhood. Since then, Mayor Landrieu has vowed to explore the related issues of race and gun violence. Six months ago, Landrieu had a chance to meet James Darby’s killer in Angola Penitentiary.