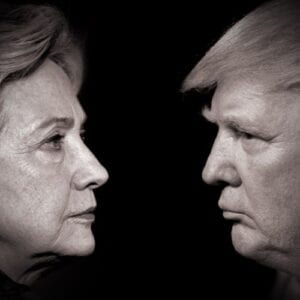 With the bitterly contested election ramping up until November, voters find themselves faced with a decision between two of the most polarizing candidates in modern history. In this episode of Policy 360, Dean Kelly Brownell sits down with Phil Bennett, Eugene C. Patterson Professor of the Practice of Journalism and Public Policy. Bennett, a former managing editor of the Washington Post as well as PBS’ FRONTLINE, produced a documentary titled The Choice 2016, which will air on PBS on September 27 at 9 pm ET/8 pm CT on PBS.

The film takes a close look at Hillary Clinton and Donald Trump, but rather than interviewing the candidates directly, the filmmakers interviewed the people around them; some of the people who know them best. The idea is if we can better understand where they come from and what’s shaped them, we will gain insight into what kind of president they would be.

After the premiere, the documentary will stream in full, for free, online at www.pbs.org/frontline