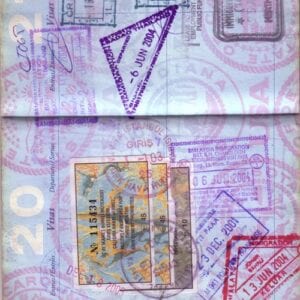 Last week, President Donald Trump signed a controversial executive action related to immigration. The action implements a number of changes to our current policies: refugees won’t be admitted to the United States for 120 days, for example. It also limits immigration from seven predominantly Muslim countries: Iraq; Syria; Iran; Libya; Somalia; Sudan; and Yemen, and the action blocks Syrian refugees indefinitely. The executive action is called, “Protecting The Nation From Foreign Terrorists Entering The United States,” and it has led to protests at many airports around the country.

David Schanzer is the Director of the Triangle Center on Terrorism and Homeland Security, and Associate Professor of the Practice at the Sanford School. Prior to his academic appointments, Schanzer served in a number of positions in Washington, including that of Democratic Staff Director for the House of Representatives’ Committee on Homeland Security.

Professor Schanzer discusses the executive order on immigration and its impact on homeland security with Sanford’s Dean, Kelly Brownell.