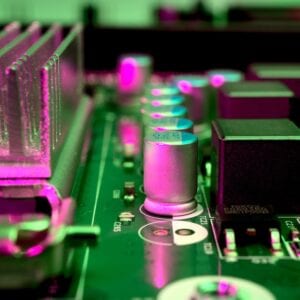 In 1801, the inventor Eli Whitney demonstrated his newest innovation for top military brass, along with US President John Adams and Vice President Thomas Jefferson —  interchangeable parts for muskets. The innovation was extraordinary – and seemed to have huge potential. There was only one issue: Whitney hadn’t actually made the so-called “miracle musket” – […] 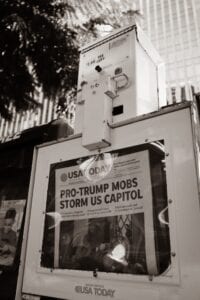 On Jan. 27, 2021, the Acting Secretary of Homeland Security issued a first-ever National Terrorism Advisory System (NTAS) Bulletin based on threat of domestic violent extremism. The bulletin is in response to information from the Department of Homeland Security which suggested “ideologically motivated violent extremists with objections to the exercise of governmental authority and the […] 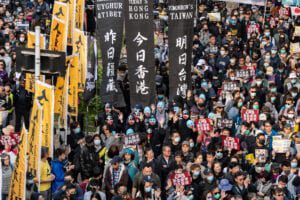 Since graduating from Sanford in 2015, Emily Feng has travelled all over China as a foreign correspondent covering topics ranging from human rights, to technology, to the environment. As foreign correspondent for the Financial Times, Feng uncovered key information surrounding the Chinese oppression of Uighur Muslims in Xinjiang, China. Her coverage of the human rights […] 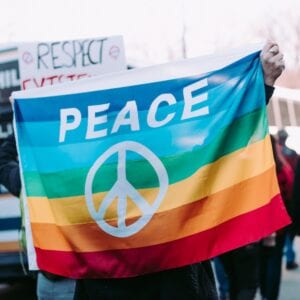 We’d guess there are few more qualified to talk about American power and the problem with peace than former Ambassador Frederick Barton. He has conflict management experience in over 40 crisis zones — Haiti, Iraq, Nigeria, Turkey and more. Name a hotspot and he’s been there. Rick Barton served as first Assistant Secretary of State […] 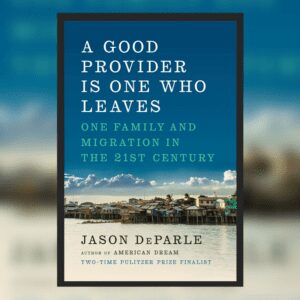 Jason DeParle is a reporter for the New York Times and a two-time finalist for the Pulitzer Prize. He was just a young reporter when he moved to the slums of Manila and lived with a local family. He has followed that family for three decades. The resulting book is remarkable; it provides an intimate […] 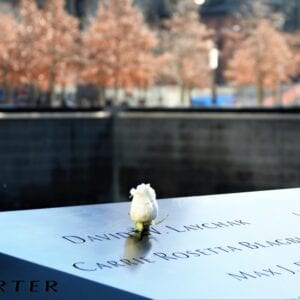 In 2009, President Obama launched an initiative designed to use a community outreach approach to counter violent extremism. Ten years later, Professor David Schanzer, Director of the Triangle Center on Terrorism and Homeland Security  has analyzed the policy, and he says it was deeply flawed, but there are lessons to be learned. Sanford School @ […]