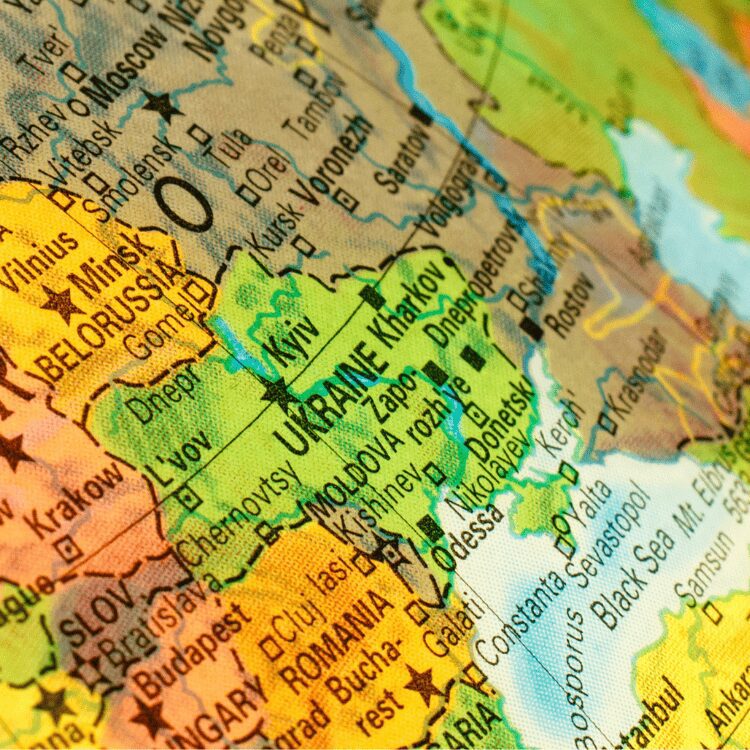 Ep. 137 The Truth About Sanctions

For months, Russia has been building a huge military force near the Ukranian border — close to 200,000 troops. Now,  Russia has invaded its neighbor, with a massive attack from multiple directions on a wide range of targets. In response, President Biden has promised that the U.S. will impose “severe sanctions” against Russia for its actions.

But what are sanctions exactly? How do they work? Do they have a history of working? Do they work well?

Bruce Jentleson is a former State Department official. He has held numerous senior foreign policy positions in past U.S. administrations. He’s a professor at the Sanford School of Public Policy at Duke University, and his new book is called Sanctions: What Everyone Needs to Know.

Listen to the podcast

Why sanctions are less effective in acute situations (like war)

There’s an offense and there’s a defense. And Russia has a number of counter strategies that don’t make the impact of sanctions go away, but can keep them well short of being crippling or devastating. For example, they’ve built up an estimated $640 billion in hard currency reserves. So, they’ve got some insulation.

They also have alternative trade partners. The United States and Europe have been standing together for the most part on this, but the reality is the Europeans have nine times as much trade with Russia as we do. And they also have much more interdependence on oil and natural gas.

The problem is, sanctions are a limited instrument and they can be used often better for limited objectives, like change a foreign policy here and there. [But this situation, with Russia is] a big objective. When countries want to invade, it’s a bigger objective than sanctions can handle.

On the history of the use of sanctions

When The Soviet Union invaded Afghanistan in 1979, the Carter administration put sanctions on grain. And at that point the U.S. had 80% of the Russian grain import market. But what happened? Other countries, alternative trade partners, stepped forward. (Argentina, for example, which was angry at the United States then because there was a military government that we were pressuring on human rights.)

When Benito Mussolini invaded Ethiopia in 1935, the League of Nations put sanctions on. They didn’t end that invasion either. There are some policies that sanctions can impact, but to have an effect on Putin now, it’s really going to be sanctions combined with a whole range of other instruments.

Why are sanctions are used so much if there are questions about their effectiveness?

Sanctions are like the Swiss army knife of foreign policy. (This is not my expression, somebody else first used it.) It just seems, with the interdependence that the world has, you can reach for this instrument.

There are three things that I stress that sanctions require. One is broad multilateral cooperation (it doesn’t mean the whole United Nations), and we do have some of that here.

Second is proportionality, matching the instrument with the objective, and that’s not [the best case in this situation.]

The third is they need to have reciprocity. Sanctions can be a lever that can help you get to negotiations. The Russians are not going to say uncle on this, but that brings back to the whole question of Ukraine, and NATO, and what really works for European security. And the best example of that is Iran.

When sanctions were used successfully – Iran

President Obama used sanctions with Iran to bring them to the table for the nuclear non-proliferation agreement. He imposed the sanctions, and he got a lot of cooperation including from Russia and China. And he matched sanctions with diplomacy, which had some reciprocity [and ended with the U.S. offering to lift sanctions.] [On the other hand, President] Trump increased sanctions, which had more impact on the Iranian economy. He was totally uninterested in diplomacy. He really wanted regime change. And so what you had there is what happens with sanctions a lot: high economic impact, low policy impact.

Advice for the current administration in this situation?

I would say keep with the sanctions, but stop overselling them. Be realistic about what they can achieve and plan for Russian counter-strategies.

And I would say, continue your diplomacy globally, including trying to get support at the United Nations. That would be a real statement, that’s hard to do.

Also, consider backchannels. If we go back to the Cuban missile crisis, the key breakthroughs came through from a backchannel that opened up that helped diffuse the crisis. I’m hoping that there is some effort to try to have diplomacy at work, even when Putin is doing what he’s doing, and the president is taking the hard line that he needs to take.