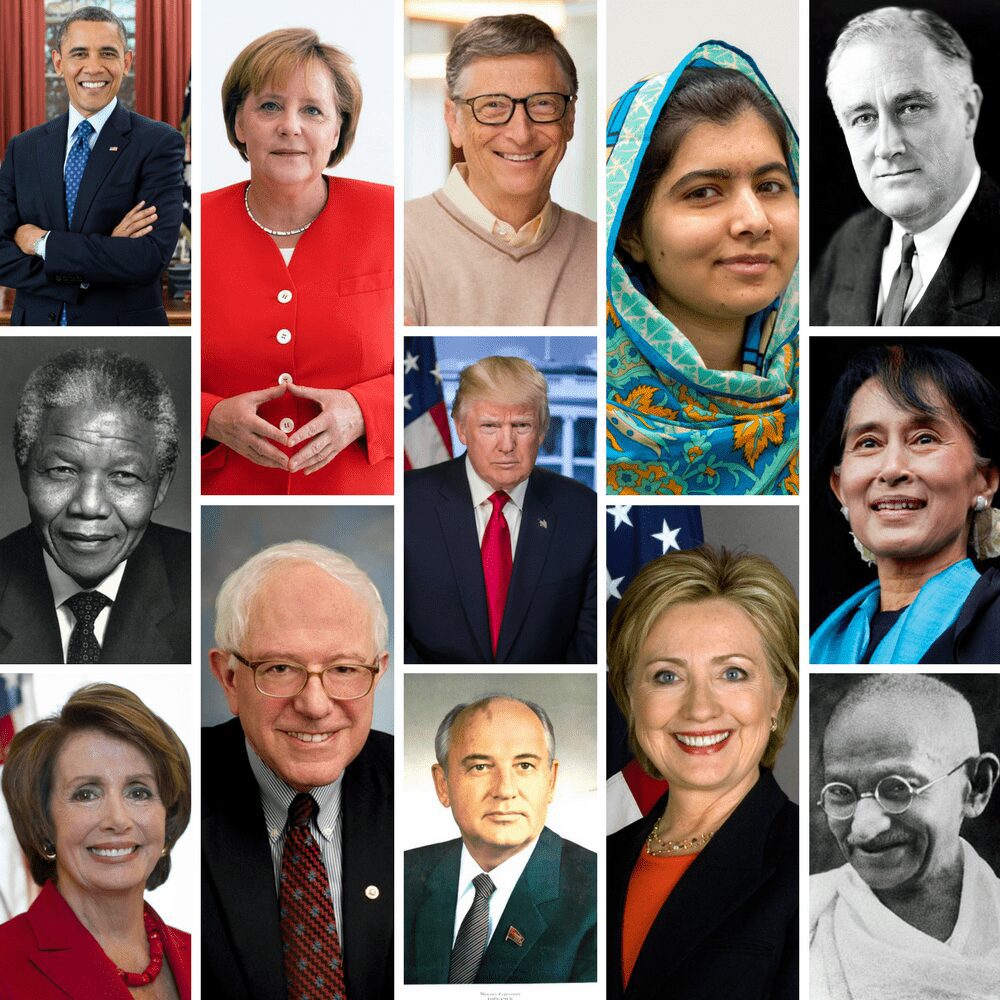 Does history make statesmen or do statesmen make history? A conversation with Bruce Jentleson about his forthcoming book The Peacemakers: Lessons Learned from 20th Century Statesmanship. [Music: Blue Dot Sessions]

Why did you choose certain leaders to feature in the book?

I look at global peace in a number of different areas and one is this notion of where conflicts are based not just on ideology or interest but on identity. Who I am, who you are, and what the differences are. And indeed we see an awful lot of that in today’s world.

In some of the stories I tell about areas with big figures of history like Henry Kissinger, Zhou Enlai and the U.S. opening to China. Or Mikhail Gorbachev and the end of the Cold War.

But when you look at the role of civil society and individuals, [Mairead Corrigan and Betty Williams’ story] is a very interesting story of two very ordinary Northern Ireland women (one was a secretary at a Guinness brewery) who experienced what was called then The Troubles – the massive killing among Catholics and Protestants the early 1970s.

[Corrigan and Williams] just took a stand, they got out there and organized people. And while it took another 20 years for the Good Friday Agreement to be signed to formalize the peace, the killings never went up to the level they were before Corrigan and Williams really made their move – and in fact they won the Nobel Peace Prize for what they did.

You know Mandela is the iconic figure – we all wish we had more Mandelas in the world.

His ability to both keep his more radical elements with him and at the same time have some appeal and reconciliation with the white Afrikaners was truly extraordinary, especially for a person who had been a political prisoner for 27 years.

South Africa has a lot of problems today. But it made the peaceful transition to democracy, and it’s not going through a race war, and those were Mandela’s huge contributions.

On leading towards global sustainability

For many years we talked about climate change and the possibility of global pandemics as something way down the road … and we are so busy today, politicians are so busy.  And I think it’s been hard to make the case [to look at sustainability]… [but that’s changing as] we see all sorts of [climate-related crises] happening.

As we speak we’re coming off of Hurricane Harvey and are about to experience Hurricane Irma. Climate change scientists don’t say that climate change causes [massive hurricanes] but it surely amplifies them.

[There used to be the notion] that you could only be green in one way or the other – either for the economy or for the environment. [That] frankly is not as widely accepted as it was – particularly in the business world.

Right now the insurance industry has become very pro-environment because they look at all these buildings that they insure in Miami Beach, for example, and they see that you can be pro-environment and pro-[economy].

Sustainability is one of those issues that’s going to move up the ladder of importance to global peace and security in the years ahead.

She played a very important role. She had been prime minister of Norway before [her role with] the World Health Organization.

…To negotiate [sustainable development] at a time where leaders from the developing world were kind of saying, “Hey you guys from that rich world, you already [had your chance] … now it’s now our turn.”

It took real political skills that she uniquely had to bring those sides together to issue a report that, unlike a lot of other international reports, wasn’t just put on a shelf but really began to change thinking.

It was followed by the Rio conference on the environment. And she went on to the WHO in the 1990s when it was in very bad shape.

She [led] some major reforms. Got [the WHO] working on pandemic prevention after the SARS epidemic in China; linked poverty and health, more so than anybody before.

We know the WHO has had problems since then under other leaders. But she really tried to make breakthroughs for others to build on, and she did it with great skill in some very difficult policy areas.

In your research, which  leadership story was the most revealing or surprising?

It’s a great question. At my publisher we’ve actually talked about creating a social media game for book clubs to say, “Who would you choose for this book?”

I’d have to say Gorbachev, because if you go back to the 1980s, nobody believed that a Soviet leader like that was possible.

What [Gorbachev] did to basically to bring the Cold War to a peaceful end was really extraordinary. Ronald Reagan was a partner in it.  [But] If you ask the question, “Would another Soviet leader have made the same decisions?”, the answer is no.

Having said that, [Gorbachev] ended up miscalculating some of his own internal politics. That’s probably an understatement. …[but] what he managed to achieve really was extraordinary and would not have been achievable with any other imaginable leader.

Well for one thing [the election of Donald Trump] demonstrates that leaders matter. The notion that American presidents are interchangeable, whether for good or bad … people may have different views about that, but there’s no question that [Donald Trump’s] persona is having a huge impact. So his election reminds us that individuals matter.

My publisher has been joking that if there’s a sliver of silver lining it’s that interest in constructive statesmanship is even greater than it was before last November. Obviously we want to get our book out to a lot of people, but in a serious way there is a need for alternative strategies – not just for the United States but for other leaders around the world to deal with the pressing agenda that we have.

On growing leaders in the U.S. to tackle difficult issues

But I have to say when you look at history I sometimes feel we get into a little bit too much of “woe is us-ism.”

There have been other periods in American history, and in world history, where the challenges of leadership have been formidable. In the 1850s we had members of the House of Representatives beating each other with canes practically to death on the floor of the House over slavery.

We have to acknowledge that there are some particularities of the current political environment that are very difficult but it doesn’t preclude leadership. In some ways it makes it all the more necessary.

[New leaders rise] from a lot of directions. Some will be like the Northern Ireland case –  bottom up. Some will be middle out and some will be top down from figures that are leaders of countries.

(There are people in the book that were leaders of international institutions like Dag Hammarskjold, the only secretary general to make the United Nations really effective.)

We just have to face up to the challenges.

I end the book on a note saying,  “This book shows how difficult [effective leadership] is. It also shows it’s possible, and as we look at the world today it shows how necessary it is.

In my elevator speech [to Trump] I’d say two things. One: You can’t help the United States in ways that don’t connect with the world because we’re interconnected in ways that aren’t going to go away. Sometimes our interests are different but fundamentally there is this interconnection.

And secondly, the true glory for any president of the United States (or any world leader) is in making the world a better place – not just somehow winning for your side.

I think part of the reason we don’t point [in the book] to this person or that person [as the next great leader] is because in many of the cases I talk about, nobody would have predicted that person would be successful as a leader.

Gorbachev [for example] was an average apparatchik. Henry Kissinger … was a professor. Lech Wałęsa was a dockworker. Aung San Suu Kyi was out of her country for all those years.

[We don’t need to be] looking for the next Lebron James or Mozart [stars from a young age] … It’s not just a resume, but it’s how people respond to situations that [can match] … the man and the moment, the woman and the moment.

That really is the recipe for major leadership [and peacemakers].