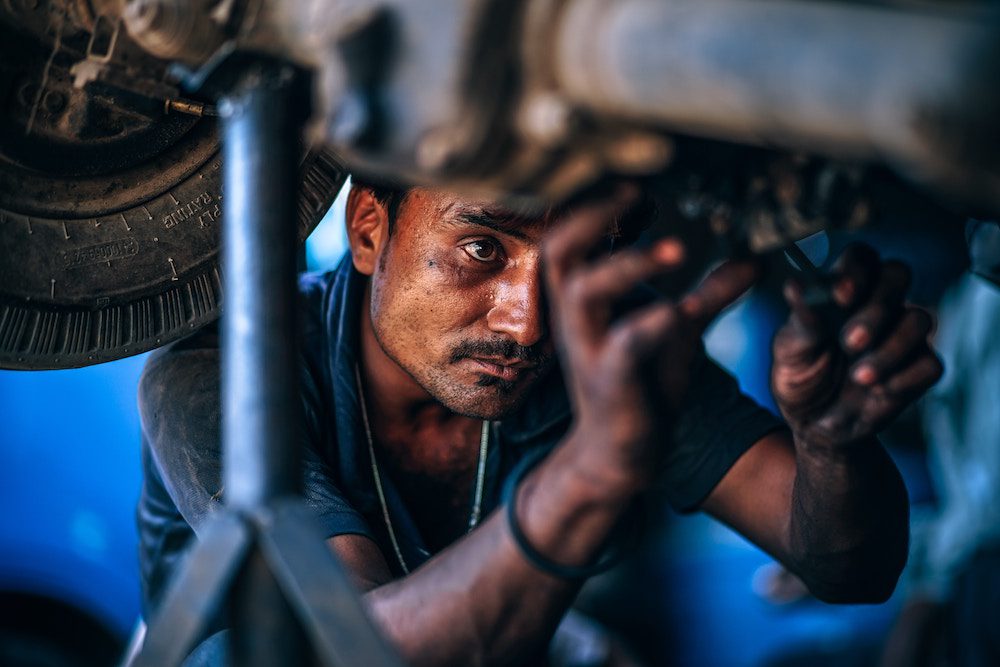 The latest research on poverty indicates that a federal job guarantee is economically feasible. Such a guarantee could help address big American issues like  crumbling infrastructure while at the same time ensuring workers aren’t living in poverty. Kelly Brownell talks about the topic with William “Sandy” Darity, the director of the Samuel DuBois Cook Center on Social Equity at Duke University.

How is the U.S. doing when it comes to unemployment?

This is typically members of our national community who are faced with discrimination, so this would include Black Americans … individuals who have been recently-incarcerated … folks who have physical disabilities … [and] military veterans .

We can explain much of the poverty in the United States not by people necessarily having no jobs, although that’s a component of poverty, but also having poorly-paid jobs. And so, we’ve tried to craft a proposal or policy that we think could address both the issue of joblessness, as well as the issue of low-income employment.

Is there a difference in employment when you look at the data by race?

…Essentially, since we first began to collect statistics on unemployment by race, we found that the Black unemployment rate tends to be twice as high as the White unemployment rate. And this is also the case, even if you take into account educational attainment.

If you look at every tier of educational attainment, you still find a two-to-one ratio with respect to the unemployment rate.

There are [also] circumstances in which Whites who never finished high school- actually have a lower unemployment rate than blacks who have had some college education.

So, I’ve typically said that the Black/White unemployment ratio is actually an index of the degree of discrimination in the American economy, and this is a pervasive and persistent phenomena.

No, the gulf doesn’t appear to change. It seems to be impervious to a wide range of social policies that have been introduced over the course of, say, the past 50 years.

What do you propose?

Well, one thing that we’ve proposed is the notion of a federal job guarantee. So, the premise here is that every American who would want employment could find a job because the federal government would ensure that there would be employment available for them.

The premise here is that we want to make it possible for 100% of individuals who might be subjected to unemployment to have a job and we’d like to do it permanently, rather than on a temporary basis (where the WPA was treated more as an emergency measure then as a sustained public option for employment.)

And that’s exactly what we have in mind- is a public option for employment.

What would the U.S. government do to create such job opportunities for people?

I think that the first part of this would be to identify what the unmet social needs are. I think that one of the important arenas would be what Derek Hamilton at the New School and I have referred to as “the human infrastructure”. This would involve the creation of jobs … especially child care and elder care, which I think are prohibitively expensive for many people to purchase, and as a consequence, [many Americans] take on the burden of having to absorb their full days with looking after aging relatives, or looking after small children.

So, if [the U.S. government] could provide a professional cadre of individuals who could provide elder care and child care, that would be a tremendous benefit to all Americans.

I think that what led it to stop was the attenuation of the Great Depression, which I think was primarily a consequence of the huge boost of unemployment that was associated with us going to war, World War II.

[Also, as the Great Depression was waning] I think people said, “Well, it’s not so important that we maintain this program” (although it was possible to keep the program going).

So, what we have in mind [with the federal jobs guarantee] is a program that would expand and contract with the business cycle. So, if you had a federal job guarantee, the amount of jobs offered or available would increase in times of economic  downturn, and then would contract in times that are more prosperous, when there’s a much higher or larger number of jobs available in the private sector.

Kevin Hassett, who is now the head of Trump’s Council of Economic Advisers, actually seems to be someone enthusiastic about a policy like this. I think it’s because, in his own family, their capacity to survive the Great Depression was in large measured attributable to one of his grandparents having the opportunity to work through the Works Progress Administration. And so, there’s kind of a personal narrative … that underlies his support for this.

… I think there are people at both ends of the spectrum who think that this is a good idea. I

know that when they polled the American population in 2014 or so, a plurality of Americans said that this was a great idea. Now, it wasn’t a majority of the respondents, because there was some significant portion of the respondents who said that they didn’t have an opinion, but the largest share of folks who were in favor of this was somewhat in, the somewhere in the vicinity of about 45% of the American respondents.

How would the government pay for this?

…The same way I pays for anything else. You know, we constructed a very crude estimate of the expense of this program. We started with an estimate that was predicated on putting everyone to work who was out of work at the nadir of the Great Recession (…about 15 million Americans.)

And, if that was the expense for million Americans, then the cost of the program would be somewhere between $750-900 billion per annum. …I have no pause in saying maybe it would be $1 trillion.

But, the cost of our, of an array of social support programs that we [currently] have to address poverty is also in the vicinity of about $750 billion, so the net cost could be reduced sharply from the total that I gave by taking into account the fact that [the federal jobs program] could substitute or replace a host of so-called “entitlement programs”.

… I think that this would be this would have a profound impact on transforming American society.

Is it possible to separate out what you’re proposing from issues of race in a way that might make it more winnable- politically- and get around some of those issues of bias?

The proposal for a federal job guarantee is a universal program, so it applies to all Americans. It’s not a race-specific program. Now, we could argue in the language that’s used by Richard Reeves and Isabel Sawhill at the Brookings Institution that, although it is not race-specific, it is race-conscious in the sense that those groups in the society who are most deprived of work opportunities will disproportionately benefit.

But it’s a universal program. … It’s for any American, and so, in that sense, I think there’s a political palatability that might not be there if it was a program that was designed exclusively for a particular social group.