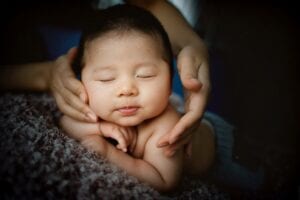 It’s widely known that breastfeeding babies is very important. Breast milk is often called “liquid gold” because it has so many benefits. Most experts recommend mothers breastfeed for six months exclusively after birth – but most women don’t do so. In the U.S., only 27 percent of mothers reach the 6-month mark. In the U.K., it’s less than one percent.

Professor Rafael Pérez-Escamilla of the Yale School of Public Health has been working on a way to boost and sustain breastfeeding rates – and he’s doing it on a country-by-country basis.

What are the benefits of breastfeeding exclusively for at least 6 months?

Breastfeeding offers optimal nutrition, it also helps strengthen substantially the development of the immune system, which is what is needed to protect children against various serious diseases.

And more recently, we have been very fascinated by consistent evidence showing that children who are predisposed to become obese later on in life are protected against the development of childhood obesity if they are breastfed.

And, as if this was not enough, breastfeeding has also been consistently found to boost the development of intelligence in children. So, children who are breastfed are more likely to have a higher IQ, not only as children, but also when they become adults. …

[Also] it is very important for women to know that the longer they breastfeed during their lifetimes, the lower their risk for developing breast cancer [or] ovarian cancer.

How closely does formula come to mimicking breast milk and providing benefits to the child?

They are very, very far from actually mimicking breast milk. And, quite honestly, at least in my lifetime, I don’t think that’s ever going to happen, and the reason is that human milk is a fluid that is alive.

You have all these, what we call, bio-active substances present in the milk that include compounds that are called oligosaccharides that protect children against all sorts of nasty bacteria and viruses but at the same time they also help the children plant … the right microflora in their intestines.

Is it possible that when a child starts to fell ill that the mother somehow gets a biological signal that changes the nature of the breast milk?

Absolutely. … in essence, both organisms become one. They communicate extraordinarily efficiently from a biological point of view with each other.  … Somehow, the saliva of the baby is being analyzed by the maternal organism and, based on the bacteria … then a response happens with regards to the specific types of antibodies that need to be produced.

What are the best ways to support women who want to breastfeed?

The Baby-Friendly Hospital Initiative was launched in 1991 by UNICEF and the World Health Organization, and it consists of 10 evidence-based steps that all maternity wards and healthcare facilities or clinics that offer maternity services should follow.

And what is beautiful about it is that each of the steps complements each other, and together they form what I think is the most powerful evidence-based package [for successfully supporting women with breastfeeding.]

I’ve been studying this initiative for 30 years now, and we have very strong evidence that the package as a whole improves substantially the ability of women to be able to implement their choice and their right to breastfeed.

The steps range from having policies in writing …  the training of all healthcare facility personnel, [training] all the personnel (even the security guards) in the clinics or hospitals that have contact with mothers … keeping the mother and the child together throughout the hospital stay, giving them support, especially the first time they breastfeed, skin-to-skin contact immediately after birth, so that breastfeeding is very strongly encouraged … and avoiding at all costs the use of formulas …

Are any hospitals in the U.S. using this approach?

I think less than 16% of babies in the U.S. are born in baby-friendly hospitals, so it is not very common and there are some institutional barriers for that to happen, it requires a certification, it is costly, but I would say for the most part the reason is that we still have not been able to create the demand from the mothers and the families. There’s still a lot of need to educate and provide information on this wonderful initiative to the population at large.

Several years ago, my team at Yale lead a massive “systematic review” of the literature. We read every single paper ever published in a scientific journal or in the grey literature reports from the World Health Organization, UNICEF, and so on, to try to identify which were the key ingredients that need to be in place in the countries to be successful scaling up the coverage and the quality of their breastfeeding protection, promotion, and support programs.

And, based on that … we were able to identify eight [key] ingredients. …

[We think]  of it as an engine, and that’s why we ended up calling it the “breastfeeding gear model.”

It’s like an engine of a car and it has 8 gears- evidence-based advocacy leads to the legislation that is needed to release the financial and political support-based resources so that the workforce can be trained, the programs can be implemented, there can be some social marketing, behavior change campaigns in place in the context of a very strong operational research and evaluation system, and at the center you have the master gear that is a coordinating gear, the management information systems that keep track of the meeting of the goals and the communication among the gears.

Lots and lots of governments want to improve exclusive breastfeeding rates, they are very central to the attainment of the United Nations Sustainable Development Goals. So, [the Becoming Breastfeeding Friendly project is] a tool to empower decision-makers in those countries that have made a commitment to scale up their programs [who] need a road map.

It’s a very complex, wild breastfeeding world out there, so that’s what we are essentially doing.