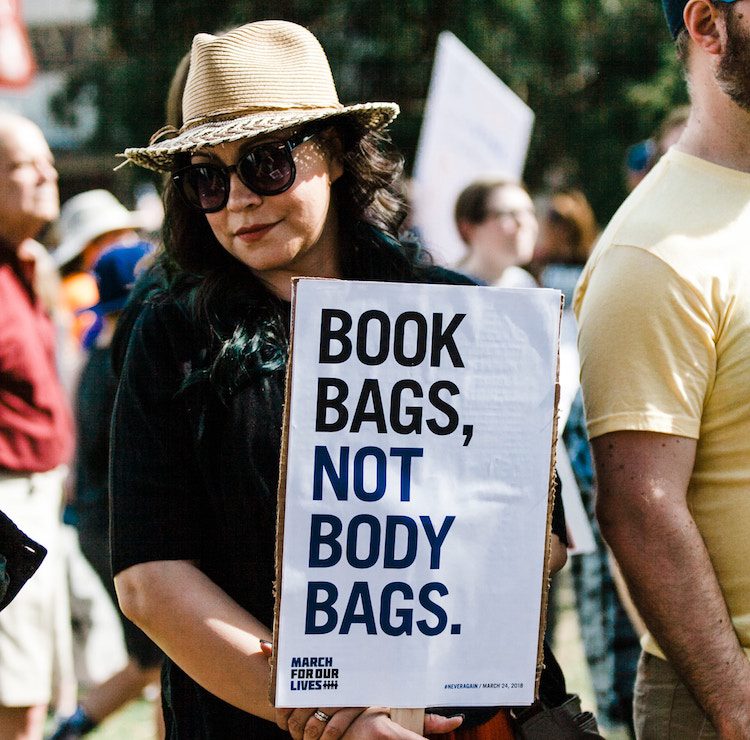 “The tragic Parkland, Fla., shooting on February 14th is yet another dreadful reminder that schools are no sanctuary against mass violence. Americans are surely united in wanting reforms … But the reform that is getting the most attention in this bizarro era we live in — arming teachers with concealed handguns — would likely make things worse.” – excerpt from an op-ed by one of this country’s preeminent researchers on gun violence in America, Philip J. Cook.

Cook talks with Kelly Brownell about other, more promising strategies for dealing with gun violence than arming teachers.

I certainly would not want to minimize the problem of mass shootings in schools, but the thing I want to say is that they are rare events. … there are 130,000 schools … in this country and approximately one shooting a month, that ends up being a 1 in 100,000 proposition. And in that sense, thank goodness, these shootings are rare events. And that becomes relevant in talking about policy; we have to scale the size of the problem before we can talk realistically about how to respond to it.

My concern is that the response that is getting the most attention … [putting]  teachers in the position of being armed guards for the school, [that scenario] would add a dozen new guns in every school in the country [and] would add a new risk, and we need to think about how that risk compares to the risk of mass shootings. So, that’s the kind of comparison that I did as a thought experiment in this Op-Ed.

If we now decide that we are going to now put a million new guns into the schools, even if the misuse of any one of those guns is also a fairly rare event, you multiply that small probability by a million and you have a sure thing.

What are the risks of teachers being armed in schools?

When you have a loaded gun there is a chance the gun will discharge accidentally, it will be mishandled, or there might be a takeaway situation where a student figures out how to get a gun from a teacher. So we have those scenarios, again not common, not the kind of thing that’s going to happen every day but if we have a million plus additional guns in the schools it is going to happen very often. And that’s certainly one thing I worry about.

A second is that teachers are human, they’re in very stressful positions often, that they’re being challenged by their students, especially at the middle and high school level, they’re asked to break up fights [and] generally manage contentious situations. If they’re carrying a gun, there might be a natural inclination to turn to the gun to solve those kinds of problems or managing unruly students. …

The other issue … which is worth worrying about, is the mindset that goes with carrying a gun …. And we know … from the ethnographic work that is done [by] talking to people who carry guns with them while they go out in public … in many cases what they say is that they find themselves being vigilant, scanning the horizon for threats, rehearsing scenarios in their mind about how they would handle different kinds of violent situations, and the focus then turns from the normal way of existing in a public situation to  very much about the gun and how they might end up using it.

I think that’s not the mindset that we want from our elementary school teachers or high school teachers. That kind of vigilance and focus is going to get in the way inevitably to the nurturing and supportive role that is the responsibility of the teacher.

What do you say to the argument that arming the teachers might be a deterrent to violence at school?

So, I think that’s possible, if there were a number of additional guns in every school that we would eventually see over the decade cases where a teacher was able to deploy a gun and stop an active shooter. I think that more likely, is, that the gun would prove futile and the shooter would come in with an assault weapon, an AR-15 or something, and [the shooter] would have no trouble dealing with the challenge posed by a more or less untrained teacher with a hand gun. So, even in the case, where the shooter invaded a school, the possibility that an armed teacher would make a difference is far from 100%.

Are there recommendations that have come out of previous school shootings that you think it would be wise to implement?

One set of lessons that we have were prepared by the Secret Service in a study that they did on the school shootings that occurred during the 1990s (the school shootings that culminated with Columbine). And one thing that the Secret Service found was that in most of those cases … the shooter had tipped his hand, that he had told his classmates what he intended to do, and therefore there were other students in the school that knew what was going to happen or had a pretty good idea [what was going to happen].

The problem was that [other students] were not going to the teacher or the principal, they were keeping [the information] to themselves [therefore] the information could not be used to interrupt this plan.

We’ve seen the same thing in some of the recent accounts of school shootings, that it has not been prepared in secret, that in fact it’s almost supposed to be, in the eyes of the shooter, a public event, and that kind of information, if it can be identified and passed on to the right authorities, has the promise to give a fairly precise response to the actual threats.