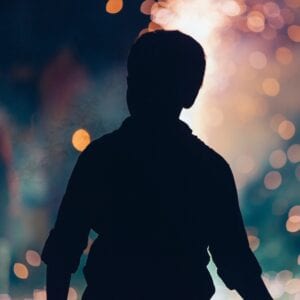 Researchers now believe they can predict bad behavior later in life, just from a child’s behavior and life circumstances as a toddler. Listen:

Host Kelly Brownell’s guest is Daniel Shaw. Shaw directs the Center for Parents and Children and the Pitt Parents and Children Laboratory at the University of Pittsburgh. His work focuses on the development and prevention of early problem behavior among at-risk children. He’s currently part of 3 NIH-funded, longitudinal studies investigating early childhood conduct problems.

How do we know when toddler behavior is not normal?

At 2 or 3, in early childhood, usually it’s going to be high rates of oppositional and aggressive behavior, along with some temper tantrums …. So, we look at severity and pervasiveness. So — is it not just happening at home with one parent? Both parents? But also at daycare or preschool? That’s a pretty good sign of trouble to come.

Kids who show these high levels of oppositional, aggressive behavior by two or three, two-thirds of them, maybe three-quarters are going to grow out of it as they get socialized by age five or six.

The kids that retain it are going to go underground and show more covert levels of this behavior as they, kind of, get the message that, “This is not in my interest to be oppositional and aggressive in front of others.”

So, they’re going to be more covert at it, and retain that behavior but then start to commit more serious acts at school, in the neighborhood, and even with their parents and siblings.

At what point can you begin to identify the one-third that won’t grow out of it?

So that’s been kind of our challenge of the last 20, 25 years, and I must say most of my work is done in high-risk contexts- so, low-income, urban samples.

We actually are now able to predict even violent behavior from kids as young as one and a half and two living in these tough, urban environments and our big three variables seem to be: a lack of emotion regulation skills … parenting that is harsh- and usually in the context of a tough child, and a parent who is depressed.

What sort of things show up later in life for these kids?

The one sample we followed has been through [their] early 20s and, and [using data] we were predicting violent offenses, sexual assault, homicide, assault, carrying a deadly weapon …

So, for years, you know, we were following this sample of kids and we tried to refer them to our clinics to come in and see clinical psych grad students- for $2 an hour … and we couldn’t get families to come in.

So, I met this colleague, Tom Dishion, who’s at the University of Oregon. Tom was experimenting with this idea with mostly parents with troublesome adolescents who were about to get kicked out of school, and he had been using this intervention quite successfully following a sample of high-schoolers all way in their late teens, early 20s and getting these magnificent effects.

[Basically he was] incorporating motivational interviewing- where you really lay it on the line for the families, “This is what’s going to happen to you [if you continue in this direction.]…

I talked to Tom [and asked him, “Would you be willing to try this with early childhood?

So we joined forces and … we’re getting some very nice results — not only on reduced conduct problems, lower maternal depression, better parenting, but things like academic achievement, lower BMI, things we never dreamed of.

And we just did some analysis and all the way up to age 14, the results were still there for lowered conduct problems. So, we’re very happy about that.

We have some data to suggest that to eliminate coercive, harsh parenting — instead of saying, “Stop yelling at your child,” it’s better to replace those techniques with something they can use. So for example … anticipating- if you have a two-year-old and you’re going to go in a car for a little while- what do you need to bring … So, anticipating those moves, getting them to think two steps ahead of the child- that seems to be really important.

The results are impressive. Did they surprise you?

Yes, it kind of surprised us, especially me. I was very cynical because we work for these families for years, they have multi-layers of problems and the idea that they could take control and do something about it, not all of them, but a lot of them, and especially some of the ones that had these outrageous depression scores, or had been addicted to substances for many years- it wasn’t magical, but over the time they actually showed improvement, and their kids are doing pretty well.