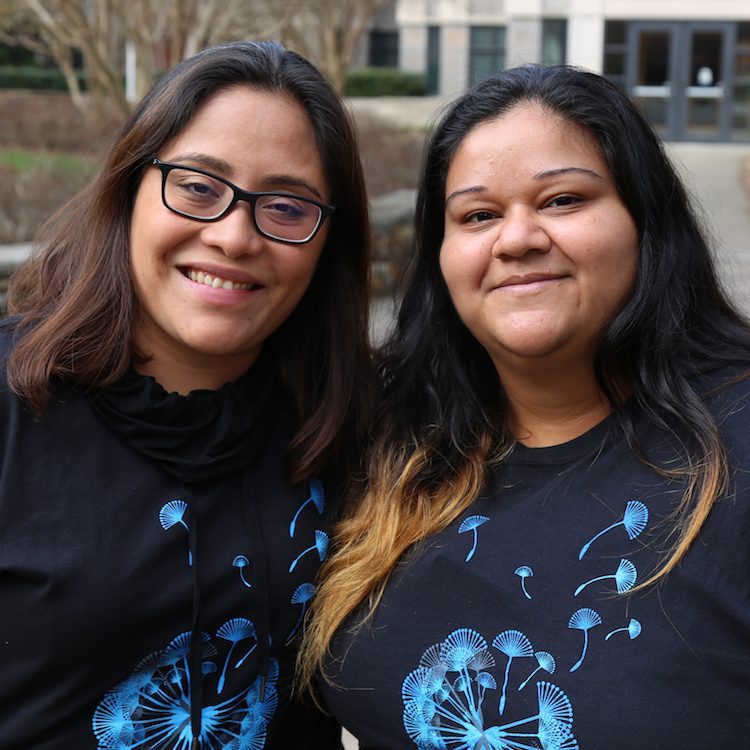 Both women were born in Mexico and came to the U.S. as children with their families. Because their families were undocumented, both had no other choice but to return to Mexico in order to continue their education.

They are part of a growing number of young people who have had to make the same decision. Maggie says her friend calls such young people “little Frankensteins.”

Both women are part of a group that is helping other young returnees find their footing in Mexico. They have also had an impact on policies affecting young people there.

Adriana Figueroa: Wow. My story is like the story of many others. My parents were very young when they had me. They were only 19 and 17. So they were practically still teenagers, young adults. And they had me, this baby that they had to protect; they had to take care of. And, unfortunately in Mexico the opportunities are not as available to you as in the United States.

So my dad was the first one who came to the United States and then, later on after he got a little bit settled and was able to save some money and so forth, he sent for me and my mom to come.

So that why when I was 5 years old I came here; just to get a better life, to have an education that he didn’t have. My dad only finished high school. My mom didn’t finish high school. She finished, I guess middle school would be the equivalent here.

What was it like to leave home in the U.S. for an education?

Adriana Figueroa: To this day I think it’s the hardest decision I’ve ever made so far in my life. To leave (and I imagine it’s what [my parents] had to do as well when they left Mexico – their families, their lives, their everything.)

When I decided to go back to … [tears up] … It’s funny, because you don’t think it gets you, but it does. And you think you’ve grown up; surpassed it. Yeah, it was a difficult decision, but I made it for them. Just like I think they made [their own decision] for us. It’s their story as well.

I know they’re very proud, when they have my college diploma in their living room. So I think it was the right decision; it was the only decision I could make at the time.

Maggie Loredo: We call it a forced return because at the end of the day it’s systemically forced. Many people call it voluntarily: “Oh you were not deported, you voluntarily went.”  … But returning in a forced way by the system is also a different process [than deportation.] Maybe more emotional, and maybe it’s a longer process, but at the end it’s that. So I went back to San Luis Potosí, to the town where my parents were born, in 2008. I’ve been in Mexico for a decade now.

It’s a whole different bureaucratic process to gain your identity documents. The first shock is, “how do I get my papers now that I’m here?” For example, to get your ID you need two witnesses if you don’t have another form of ID. You need to take those two witnesses with you, If you don’t know anybody how are you going to do that?

So what do you do without an ID? Obviously you can’t work, you can’t even access a building that requests an ID to go in.

That’s a big thing that we’re advocating; identity documents. That’s very important and it should be the most basic thing that a country gives you, but it’s been very hard for many people that get deported or return.

Why become an activist?

After I left to Mexico, for the first time on Facebook, I saw cover stories [about] Los Otros Dreamers, and was like what is that? I kind of identify with that title because at that point I did feel like I had been a “dreamer” in the US before leaving.

On whether they consider themselves Americans or Mexicans

Adriana Figueroa: The short answer, I do consider myself an American. As much as I would like to deny it, there’s a part of me because there is sort of resentment towards this country that didn’t want me, in a way. That’s how I felt.

And I do [also] consider myself a Mexican.

And you have to be more Americans than the Americans and more Mexican than the Mexicans [to be considered either.]

Maggie and Adriana were on Duke’s campus as part of a series called Connect2Politics, a leadership initiative for Duke undergraduates interested in political engagement. The initiative is run by the Hart Leadership Program.