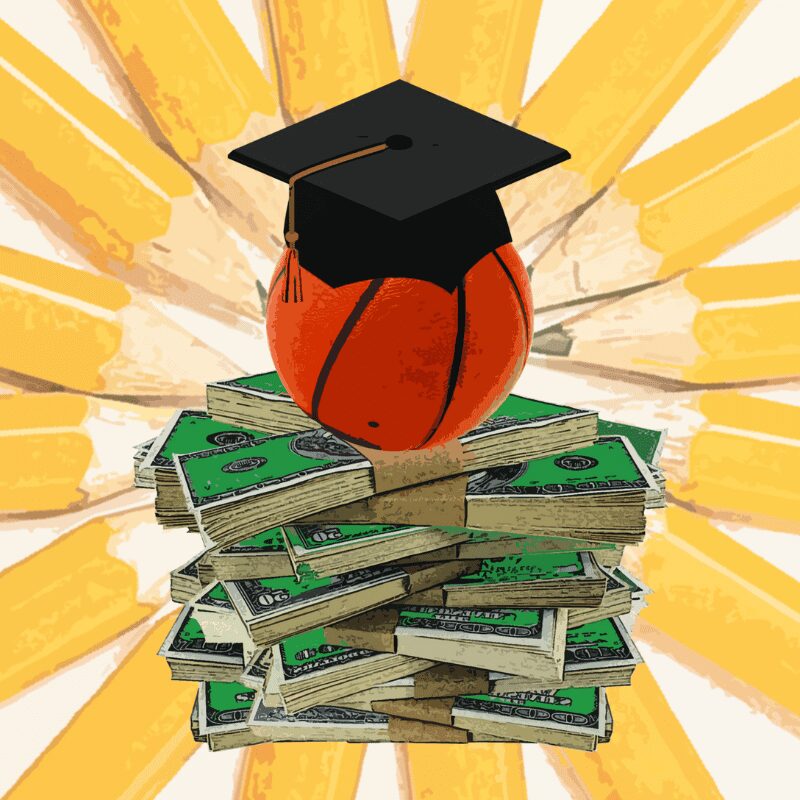 With college basketball season in full swing and March Madness close approaching, the attention of the sports world is centered around student athletes.

Yet despite the press brought to universities by these sports, they are rarely mentioned in the mission statement or acknowledged to be as influential as they are.

On this episode of Policy 360, Charles Clotfelter discusses the tremendous impact college athletics has on students, alumni, and beyond, for better or for worse, as well as what can be done to reform how schools treat the business of sports as a core part of their identity.

Charles Clotfelter is a professor at the Sanford School of Public Policy and author of the book Big-Time Sports in American Universities. (Cambridge University Press).

Why do so many universities operate sports businesses that have almost nothing to do with their traditional activities?

Money, I would say, is not the end all and be all, but it is the means of getting what you want. I have concluded, based on I guess the most important fact, that virtually no national university that once played big-time sports has ever given it up. There’s only a handful of exceptions, and they are the exceptions that basically prove the rule. Why do these universities keep doing it year after year? The answer I come up with is a pretty simple one, is that the boards of trustees want to be competitive in sports for whatever reason it serves their interests. It’s as simple as that. They want to play. They want to be involved.

Now, there are is number of explanations about what this might do for the university. It might give the university some advertising. It might attract students. But I think, when it comes down to it, the board of trustees wants to play the game.

What is the downside to having this business enterprise on campus?

By engaging in this commercial enterprise, you are almost required to be dishonest in a way that may be a little bit more than just the usual kind of politeness. You’re having to say to people with a straight face, “These are students,” but in many cases, there’s not even pretense that these will be students at your university […]

There are statistical studies by my fellow economists that have shown, for example, […] during the March Madness tournament in NCAA men’s basketball tournament, that there’s a drop-off in the downloading of articles in JSTOR*. […]Another study showed that during the tournament, there is more binge drinking. Another study showed for one university that during successful football seasons, the men especially, studied less, partied more, made lower grades. And then one especially disturbing study of campuses across the country showed that during home football games and even to some extent, away football games, there was an increase in sexual assault.

*JSTOR is a digital library containing digitized back issues of academic journals as well as books, primary sources, and current issues of journals.

What is the biggest reform that universities need to undertake in this realm?

I would start with acknowledging that this is an important function, that it’s in fact, it’s a core function. Stop being ashamed of the fact that it’s there. And then, once it’s out there, then we can have a conversation about what part of it is consistent with our other objectives. But we have long traditions in universities about truth telling, and about honesty, and we ought to make sure that the way we operate everything conforms to those same ideals[…]

Let’s be honest. Let’s go look at the mission statement. Is this really all the things that we do? My guess, without knowing anything about it, is that the number of hours, if you add up the number of hours that the board of trustees talks in full session, and in an executive committee, and during coffee breaks, that the amount of time spent on athletics is much more than the percentage of words devoted to it in the mission statement.