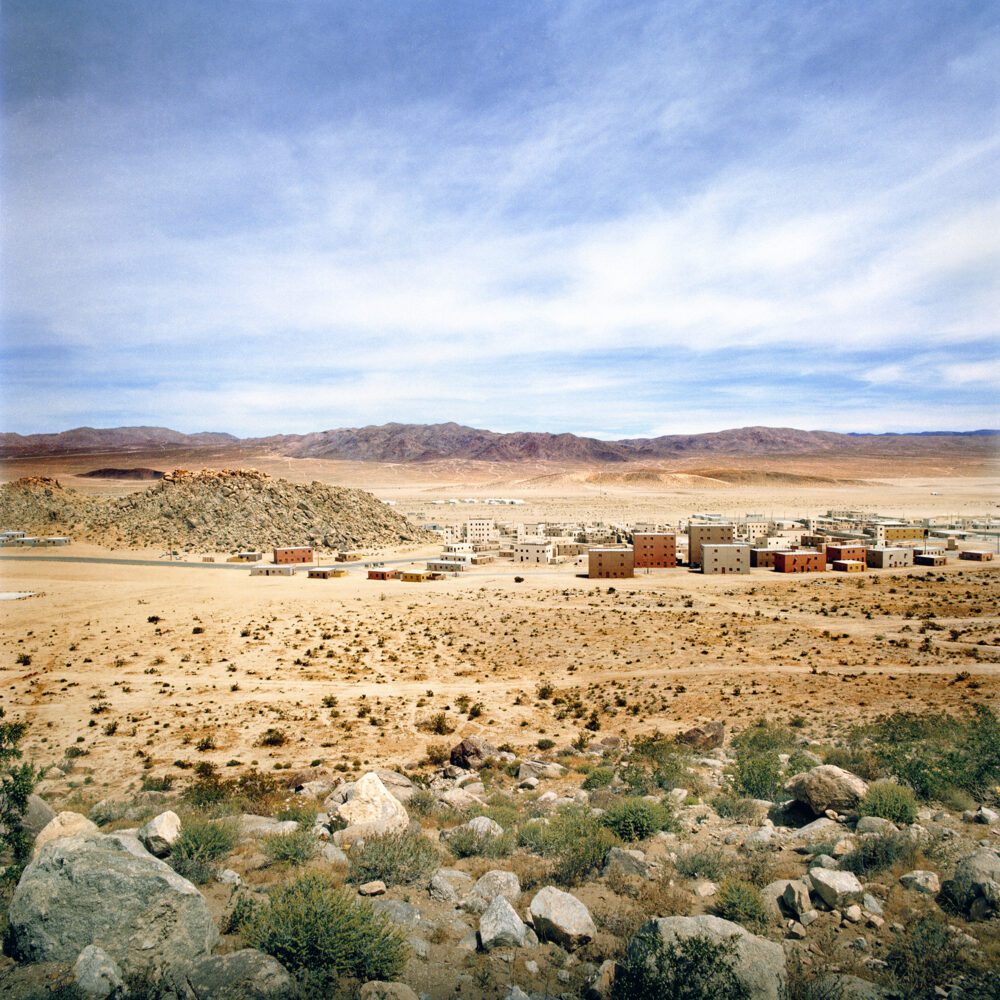 Most Americans have no idea that there are elaborate pretend Iraqi and Afghan villages scattered around the United States – on US military bases. The villages are designed to look real. There are people in them – many of the people were born in the Middle East and immigrated to the U.S. They now play pretend versions of themselves, in pretend Middle Eastern villages, in the very real forests and deserts of the U.S.

Christopher Sims has been photographing the villages, and he joins Duke Sanford Dean Judith Kelley to discuss his work. Sims is a new faculty member at the Sanford School of Public Policy at Duke University. He also serves as the Undergraduate Education Director at Duke’s Center for Documentary Studies.

On why the villages exist

What attracts me to these places is not the mechanical details of exactly how this training works. But, I’m fascinated by this idea that, in something like the US military, which is not an institution that we associate with artistry or theater, they’ve managed to create essentially, a movie set.

[Military personnel] have had to become, in some ways, social workers and engineers and sort of solve all these on-the-ground problems, to win over the hearts and minds. So, these training villages are meant to immerse the soldiers or the troops in these environments, so they can practice and make mistakes here.

There’s a kind of Disney World aspect of theme park experiences. And yet, underneath it all, of course, it’s incredibly serious. These are young soldiers who are scared, who have maybe never even left their home state before. So, they’re about to go to a very dangerous place. So, there is that current that is buzzing there in the background. And then, you have on the other hand, this juxtaposition of something that seems incredibly realistic. You’re hearing Arabic and Dari and other languages … and yet, it’s sort of a comedy in the sense, of course it looks nothing really like those places.

On how the action in the villages is organized

There is a set of script writers, who are not writing individual dialogue for folks, but they’re plotting out the story for the entire three weeks and they’re also plotting out day to day. And they may say, for example,”Six villages are hostile to Americans and six are friendly.” And they may introduce, “Okay. Let’s pretend there was an incident in which villagers were killed. And now the soldiers have to drive through the village and let’s plan for a mob to happen.”

And then, that gets filtered down, where certain key players in the village, like a mayor or a police chief, may be given specific directives about how to act. And then, these folks who of course have really no acting training, have to figure out a way. It’s kind of live improv, in which they play out these scenarios.

The photographs themselves don’t present policy solutions. But I think they present something for people to engage with, and talk to one another. I had a show with my work in Washington DC, it was in a small art gallery, but it attracted a fair amount of attention and it was on the front page of the Washington Post. And then, this remarkable thing happened, where people from the Pentagon would come over in groups, to look at the exhibit.  And, I couldn’t have designed that upfront. You sort of create art and offense, create documentary photographs to put them out in the world, with the hopes that people respond to them in some way. So, I was enchanted by the idea that, all different folks, people in the art world, people on a Saturday with their families going to see the photos and people from the Pentagon who are planning the wars, come together in that space and interact with one another and have a moment to maybe think more deeply about the broader impacts of our enterprises for our society.