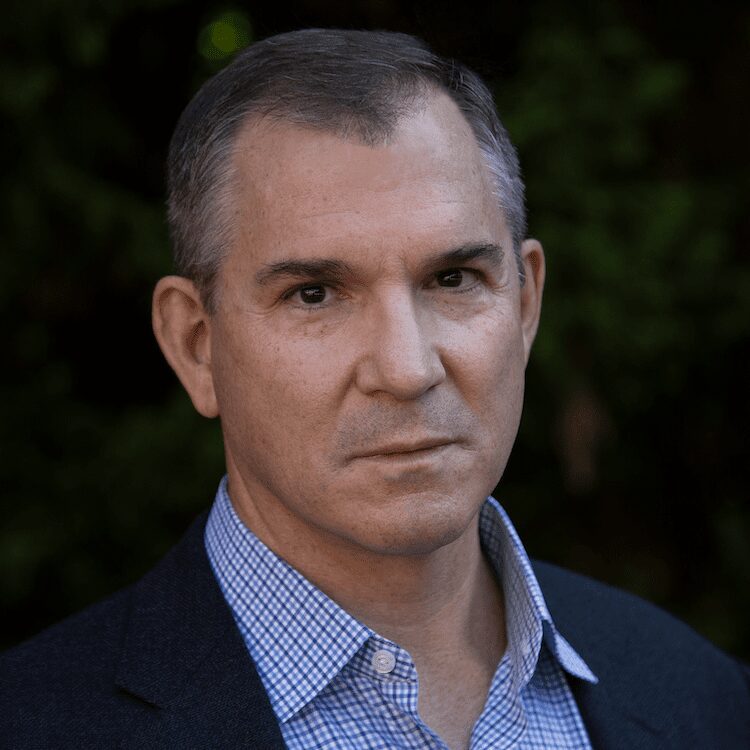 If you’ve ever opened the New York Times, it’s likely that you’ve read something by Frank Bruni. He worked at the paper for 25 years as metro reporter, White House correspondent, Rome bureau chief, and even the chief restaurant critic for a time. He was also the first openly gay op-ed columnist at the Times. Bruni is now a faculty member at the Sanford School of Public Policy at Duke University and he joins Dean Judith Kelley to talk about polarization, ambivalence and ambiguity in the media.

Frank Bruni and Judith Kelley discussed a portion of his final column as a full-time New York Times employee. Here’s an excerpt from the article:

I worried, and continue to worry, about the degree to which I and other journalists — opinion writers, especially — have contributed to the dynamics we decry: the toxic tenor of American discourse, the furious pitch of American politics, the volume and vitriol of it all.

But they don’t make for bold sentences or tidy talking points. So we pundits are merchants of certitude in a world where much is in doubt and many questions don’t have one right answer. As such, we may be encouraging arrogance and unyieldingness in our readers, viewers and listeners. And those attributes need no encouragement in America today.

I chose those words because we are merchants. The news business is a business. It’s funny, I talk a lot about this in the class I’m teaching right now with my students. The class is The Media and LGBTQ+ Americans. And as I try to get the students to analyze more closely and understand better why they get the news they get, I continually come back to the point that the news is a business. I mean it does essential things for democracy, it performs a vital public service, but those missions are absolutely colored and sometimes warped by economic realities.

When you’re in the opinion-writing business in today’s climate, when you are a pundit, part of what you are doing is selling certitude. Your best-read columns aren’t the ones that say, “Wow, this is really confusing, there are many sides to this, this is a tough problem, what do we do?” Your best columns are the ones that say, “I have figured this out, and here’s what you should think and do.” And so we’re selling certitude, don’t you think?

On how social media amplifies the desire to be right, which leads towards polarization and away from ambiguity and uncertainty

I remember being so troubled — and I say this as a gay man who has written probably about nothing more consistently over time than the quest for LGBTQ+ equality — but I remember that people forget how recent it was that Barack Obama actually came out in favor of marriage equality. Ditto for Hillary Clinton. Hillary Clinton didn’t take that position until early 2013. Now I’m not knocking her, but something happened because of the nature of our discourse that by 2014, if you weren’t pro-marriage equality, you were a horrible human being. How can you say that to a 71-year-old Baptist in Alabama, if that man or woman is merely 12 months behind Hillary Clinton?

On the place of ambiguity in today’s society

Life is easier in a sense, much less rich in my opinion, if right and wrong are delineated for you. That’s the appeal of a lot of stern religions. If right and wrong are decreed to you, a recipe for living is given to you, everything is certain, that’s in a much easier emotional and psychological way to live than grappling all the time with indecision and ambiguity.

And what the internet has done, it has allowed people to travel, to speed themselves to plenty of evidence that affirms what they already believe and that cements their current beliefs so they can have the psychological and emotional comfort of being certain and being right. I think it was tougher in the past to marinate in your own confidence and perspective.

On the importance of learning and discovery

I love learning new things. I loved going to Rome and suddenly being told, “Now you’re covering the Vatican and having to kind of get up to speed on a whole new world.” What I have found the longer I live is we are more alike than we are different. The Vatican is not so different from the White House. Rome is not so different from Washington. We’re all people and the connections between us and the commonalities among us, to me, trump (a verb I still use, although now it’s a complicated one) they trump the differences. And what I love about learning is I feel almost always that institutions and people are much more connected than we realize.