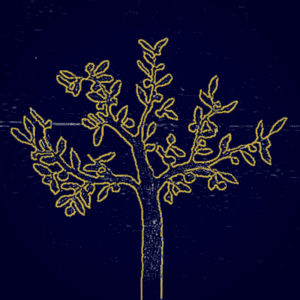 Earlier this week, a gunman opened fire at the Tree of Life Synagogue in Pittsburgh. Eleven people died and there were multiple casualties.

Authorities say the gunman made hateful, anti-Semitic comments on social media before the attack. David Schanzer is Director of the Duke Triangle Center on Terrorism and Homeland Security. He calls the attack an act of “Trumpism-inspired Terrorism.”

He wrote in a statement: “Of course President Trump had no direct responsibility for the heinous act of violence that occurred yesterday in Pittsburgh, but there can be little doubt that based on what we know so far that the shooting was an example of terrorism inspired by the ideology of Trumpism.”

You could say there’s Obamaism, and George W. Bushism as well. I think anybody who’s in office or president captures a set of ideas that motivate him, that animate their philosophy towards governance.

And, as I said in the statement, I think parts of Trumpism are the normal fare of political discourse. Debates about taxes, about what our immigration policy should be. President Trump wants to have a more isolationist foreign policy. He wants to have a more aggressive protectionist economic and trade policy. And those are all the normal fare of politics, and I think there’s nothing wrong with any of them.

The parts of Trumpism that I think are unique to this particular president, and I think are quite dangerous, are that he adds to those normal political issues a set of ideas that talk about blame, and try to chastise outsiders for essentially threatening the well being of Americans on almost every issue — economics, national security, law enforcement.

He really uses rhetoric that “otherizes” minorities, immigrants, foreigners, in a way to both chastise them, and I think it pulls on some of the worst instincts of human nature, of our own populous as well.

He believes, I think, it motivates [his base] to come out and vote. Unfortunately, I believe words matter, and these words can motivate people to do many different things, many of which are quite unhealthy.

Is there a line between Trump and violence?

I don’t think President Trump wants anybody to engage in violence, and I think that’s very clear. There’s no direct line between President Trump and the perpetrator, who’s name I won’t dignify.

But I do think that words — while most people will interpret President Trump’s use of vocabulary, his hot rhetoric, his “otherizing,” demonizing of his political enemies dehumanizing, I think to some extent, many people will still just interpret that as ideas.

But in any population, you have a small sliver of people, because of their psychological circumstance, because of their upbringing, because of their beliefs, they hear these same words and feel so aggrieved and they feel so personally threatened, they almost feel duty bound to take action, and that’s where we get this form of political violence called terrorism.

Look at any other form of terrorism — you want to look at Al Qaeda. Bin Laden explicitly kept saying that west was at war with Muslims, and Muslims would be wiped out, disintegrated. That they hate our religion, they hate everything about us, and most Muslims brushed that off. They realize it’s not consistent with reality. But a small sliver of people become radicalized, they take this ideology at heart, and they believe so fiercely about it that they become motivated to take action to prevent those things from coming about. And that’s what opens the door to violence, and I believe very strongly that’s what happened here.

On the President and anti-Semitism

Of course in his heart, I don’t believe the President is anti-Semitic. I mean, his son-in-law’s Jewish. His daughter converted to Judaism. I think he’s worked with Jews in New York. You can’t be a successful businessman in New York and not integrate and work very well with the Jewish community, have friends who are Jewish. And so I don’t believe that at all.

Anti-Semitism, of course, has been with us for centuries. It is a political ideology that has been designed over the centuries to blame Jews, to chastise Jews, to aggrandize others by the way they treat Jews as not deeming of respect, and of course, in the Holocaust, Jews were dehumanized, called vermin, cockroaches, rats and so on as a way to, again, open the door to people using the most horrific violence against them.

And anti-Semitism has never disappeared from the United States.  … There were Swastikas painted on my high school, so we always know that it’s an underlying current in society, but we feel like in America it’s as repressed as anywhere in the world than it has ever been.

So when these incidents come up, and they come up maybe more frequently than they have in the past, then we are fearful of that because we know our hundreds of years of history, and what that has led to. So our sensors are on high trigger.

What do you think should change at the national level?

I think our country relies on leaders, and our political leaders are very important, and the President is a constitutional actor. He has certain powers that are very formal, but he is also our head of state, and we look to the President for moral guidance. We look to the President for comfort at times of national tragedy. So the President plays many, many different roles, and of course this particular president dominates the media in ways that no one, I think, in history ever has. So his words really, really matter, and it has to be a consistent set of words that unify, that stop demonizing opponents, whether they be political opponents or people he believes are truly a threat to different aspects of America.

And I look specifically at this particular example of this shooting in Pittsburgh, and I just think it’s so closely linked. This person’s been anti-Semitic for a very, very long time. History shows that. But he only crossed the threshold to violence when he became so enraged. What was he enraged at? He was enraged at the charity that people at this specific synagogue were showing for refugees, and it is the President’s rhetoric and the way he’s talked about this, almost as the people are going to bring disease.

I understand the debate over maybe not allowing [illegal immigrants] through the borders, and that they shouldn’t be able to make a claim for asylum. We can have a debate about that, but to use this fear, threat that they’re carrying disease, to me that seems to be what has so enraged this person to feel that he wanted to take violence based on his longstanding anti-Semitic feelings.

So I think it really has to start at the top, and I think all of our political leaders … We can have political disagreements and still love each other, and I think we want to hear that from the President as we have from every president that I can remember in my living memory. And that is where I would start.

One the significance of the name of the synagogue

It has been a hard week for many Americans, but I think a good way to close is to leave you with this: the reason that the Tree of Life Synagogue is named that is actually after a phrase in the Torah, the holy book of Judaism, and the phrase says that the Torah, our beautiful laws, are a tree of life to them who hold fast to it, and its ways are ways of pleasantness, and all its paths are peace. So I think we need to talk about these things to hopefully bring us to peace. That is the purpose of that phrase.