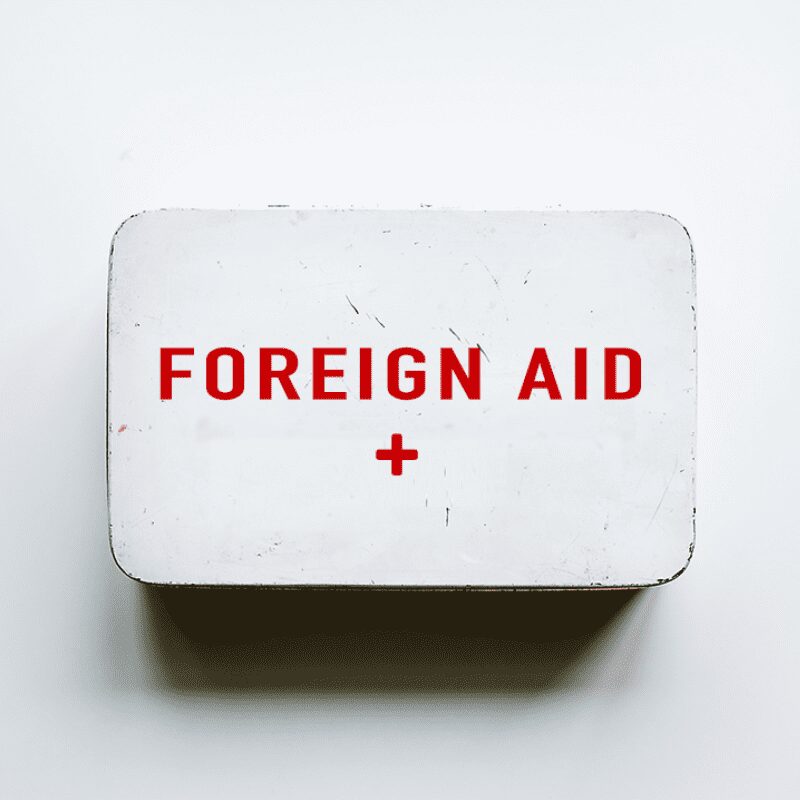 Rich countries have a variety of reasons to give money to poorer countries. In this episode of Policy 360, Sarah Bermeo discusses what the U.S. foreign aid policy strategy is today, how it has changed over the years, and what that means for peace and security.  Sarah Blodgett Bermeo is an associate professor at the Sanford School of Public Policy and author of the book Targeted Development: Industrialized Country Strategy in a Globalizing World (Oxford University Press).

The U.S. is increasingly choosing to target foreign aid to places where it is beneficial to the U.S.’ own interests, rather than simply to places that need help. Is this a trend or an anomaly?

I think it’s a trend that started at the end of the Cold War but really picked up after September 11, 2001. For instance, when the George W. Bush administration came into office, there was a tendency not to want to be engaged with foreign countries and there was a sense that things like foreign aid or engagement with developing countries would suffer as a result of this. And then after September 11, 2001, the Bush administration had a real change of, I don’t know if heart is the right word but a change of strategy with regards to the developing world and ended up instituting large new foreign aid plans including the Millennium Challenge Corporation and PEPFAR, the President’s emergency plan for AIDS relief, both of which are still around today. As well as targeting developing countries for things like trade agreements, which was something that virtually didn’t exist before 1990. Trade agreements specifically between industrialized and developing countries.

Countries have always seen giving aid to aid as strategic priority as well  as a way to help others. Is it a bad thing that aid has become so self interested?

I think that foreign aid or more broadly our engagement with developing countries has always been self interested. It’s the self interest that has changed over time.

During the Cold War the self interest was getting more countries on our side in the struggle against the Soviet Union. Post-Cold War that rationale didn’t make any sense any more [because] there was no Soviet Union. But it did make sense to, with the increase with globalization and the increase in connectiveness, to start to realize that it’s becoming harder and harder to stop problems that were occurring in other countries, particularly in developing countries, from making their way to industrialized states, the United States, Europe, Japan, Australia and others. The self-interest became more inline with development concerns.

To speak directly to your question of whether this is a blip or a trend, I believe that there will ebbs and flows and it could certainly be the case that we are in a patch right now where this is going to be less true than it was five years ago, but overall I don’t see the general trajectory changing. I don’t see a case where over the long-term, industrialized countries cease to think that it’s in their interest to promote development in countries elsewhere when the effects of that underdevelopment are constantly and even more forcefully being seen within the industrialized nations themselves.

What are the biggest takeaways from your research?

From the book I’d say the biggest takeaways are :

[On the other hand] some countries will be left behind to the extent that the development is targeted and in the self interest of the industrialized states who get to form the policies. That’s where I think we need to make the argument for revisiting the complementarities between international institutions and bilateral initiatives by industrialized states. Where can these institutions be reformed to fill the gaps of today? Many of these institutions that were created to operate in the 1940s, 1950s, 1960s when the world looked like a very different and interactions between industrialized and developing countries looked very different as well.