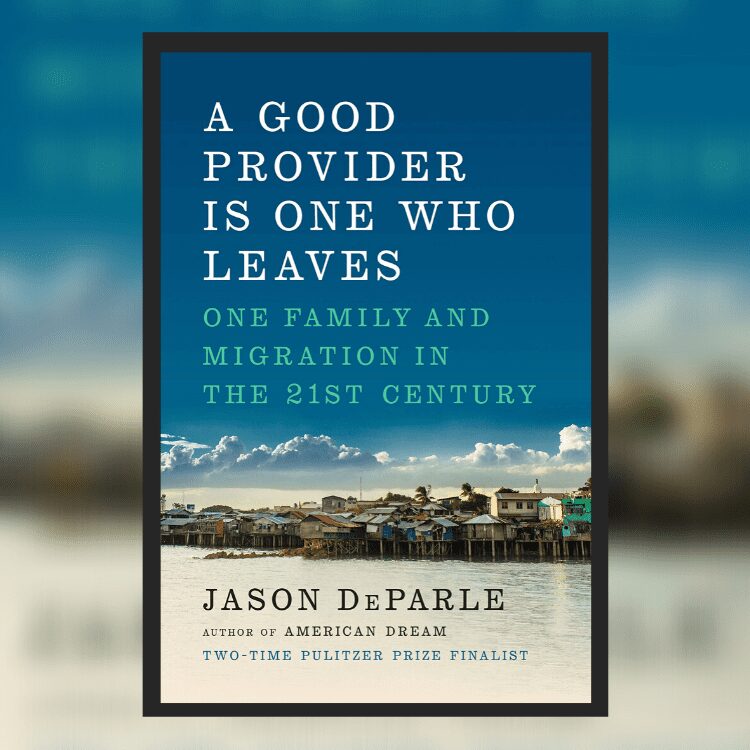 Ep. 100 A Good Provider is One Who Leaves

Jason DeParle is a reporter for the New York Times and a two-time finalist for the Pulitzer Prize. He was just a young reporter when he moved to the slums of Manila and lived with a local family. He has followed that family for three decades. The resulting book is remarkable; it provides an intimate yet sweeping perspective on migration.

Sanford School @ Duke · A Good Provider is One Who Leaves

I fell in love with the family first. I didn’t set out to write a book about immigration and then try to find a family that illustrated what I wanted to say about immigration. I was just struck by the level of sacrifice that two generations of this family had gone through in terms of leaving their home to go abroad, to make money, to sustain other people in the family. The fact that it turned out to play into the 2016 election or Brexit and all that kind of came after words.

About the main character, Rosalie

She was the middle child, a 15-year-old school girl when I moved into the slums. She’s now a 40-year-old nurse and a mother of three living in Houston, Texas.

If you just looked around the slum, you wouldn’t have picked Rosalie as being the kid with the gumption to get out. There are other kids who were more outgoing, who seemed stronger, who were better in school. Rosalie went through high school with Bs and Cs, but the most revealing mark on her high school transcript wasn’t her grades, it was her attendance. Through four years of poverty, dire poverty, and literal revolution in the Philippines, she never missed a single day. Later, she told me that I think in high school is when I got grit and that’s one of the interesting things about her.

She doesn’t come across as the striving immigrant, self-selected for ambition. She’s a little bit of an anti-hero and I think in the end it makes people pull for her cause they can relate to her a little bit.

Most people don’t understand the importance of remittances in migrant’s lives. I’m not sure I fully did either, even when I was living there. The light bulb moment for me when I really understood the importance of migration globally was when I read, many years later, that remittances were three times the world’s foreign aid budgets combined. I mean that blew me away.

Migration is the world’s antipoverty program. It’s the great self-help program. We often hear people say that poor people should do more to help themselves. Migrants do.

On the biggest obstacle to success for immigrants

I think the policy challenge is less of an ethnic challenge than it is an economic challenge. The biggest challenge facing immigration is low skill. Low-skilled immigrants themselves have lower expectations and are willing to take entry level jobs and feel like they’ve made some economic progress, but whether their children are going to be able to gain the education they need to sustain a sense of upward mobility is the thing that I worry most about. I don’t think it’s because they’re children of immigrants. I they share the same problems as a low income children of natives if they have a class.