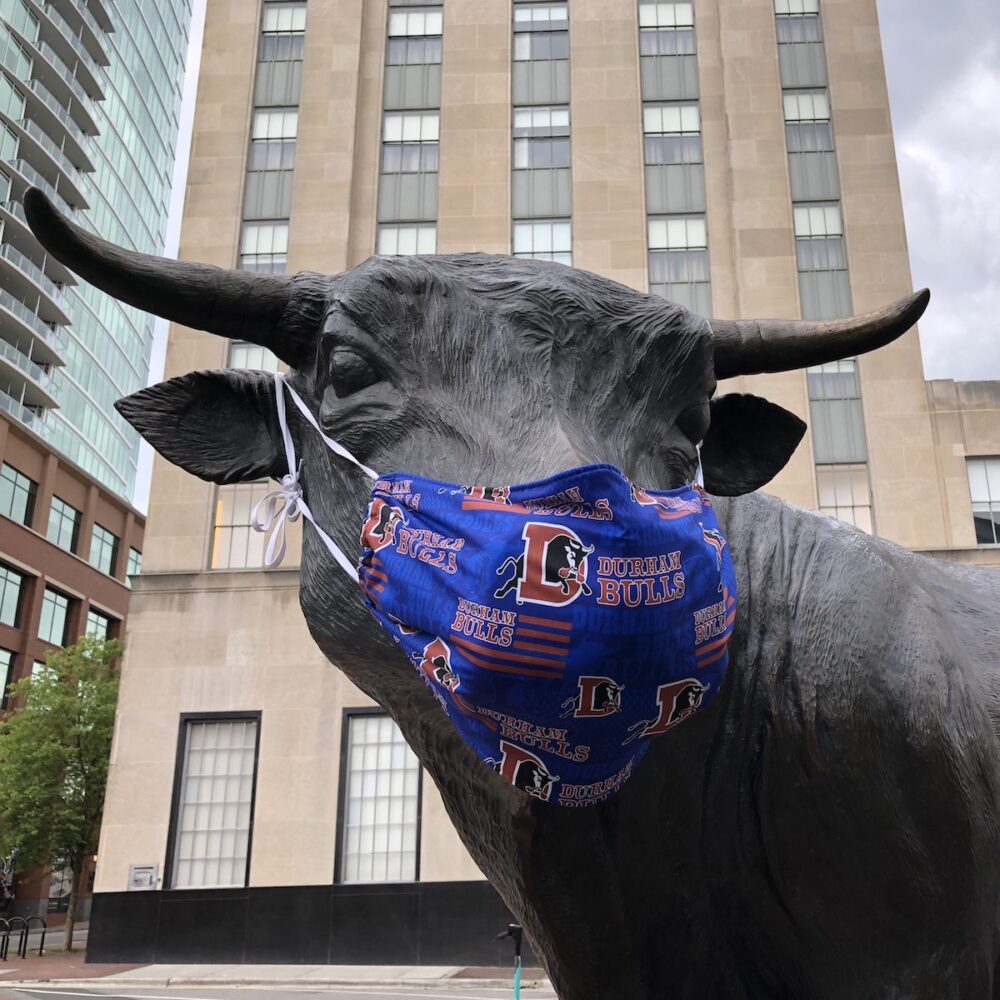 Since the first confirmed case of coronavirus in Durham, North Carolina in March 2020, the Durham city and county governments have had the tall task of containing the spread of the COVID-19 virus while also responding to the struggles of local residents.

Sanford alumni Ryan Smith MPP’14 and Mariel Beasley MPP’13 as well as current MPP candidate Mary Grace Stoneking join Dean Judith Kelley to talk about the local response to the pandemic. All three of our guests worked on the Durham Recovery & Renewal Task Force in order to consult the mayor and the county commissioner on local policy decisions that affected the lives of all Durham residents.

As a result of the pandemic Ryan says, “the mayor all of a sudden had incredibly unusual powers for North Carolina.” Mayor Steve Schewel wanted to be careful with how he used those powers, so he established the Recovery & Renewal task force to make sure he was making evidence-based decisions.

That’s where Ryan came in. His job is to lead the 15-person task force as they gather the evidence needed to make important policy decisions. In order to carry out the research, he enlisted the help of many Sanford students and recent graduates.

One of those students was Mary Grace Stoneking, an intern at the Durham City Manager’s office. She helped Ryan manage the team of volunteer researchers. She says the city is extremely receptive to feedback from its residents right now: “[City officials] don’t just want to survive this pandemic, but even look towards making a better Durham after the pandemic.” She stresses that residents should use their voices to make the city aware of their experience during these challenging times.

Mariel Beasley joined Ryan to work on the “Back on the Bull” campaign which worked to normalize the act of wearing face masks in Durham. When it comes to face mask compliance, she says a lot of people in Durham are wearing their masks sometimes. But it’s complicated, “because compliance is not actually a binary thing: people either don’t comply or do comply.” People need to make sure they wear their masks at all times when out in Durham, even if they’re with co-workers or friends.

Ryan Smith is an Innovation Project Manager for the City of Durham. Ryan was tapped to head the Recovery and Renewal Task Force. He graduated with his Master of Public Policy from the Sanford School of Public Policy in 2014.

Mariel Beasley is Principal at the Center for Advanced Hindsight and the Co-Director at the Duke CommonCents Lab. Mariel also graduated from Sanford with her Master of Public Policy in 2013.

Mary Grace Stoneking is starting her second year as a Master of Public Policy candidate at Sanford. She interned with the Durham City Manager’s office and helped Ryan manage the student researchers working on the task force.

Read more about the Recovery and Renewal Task Force.