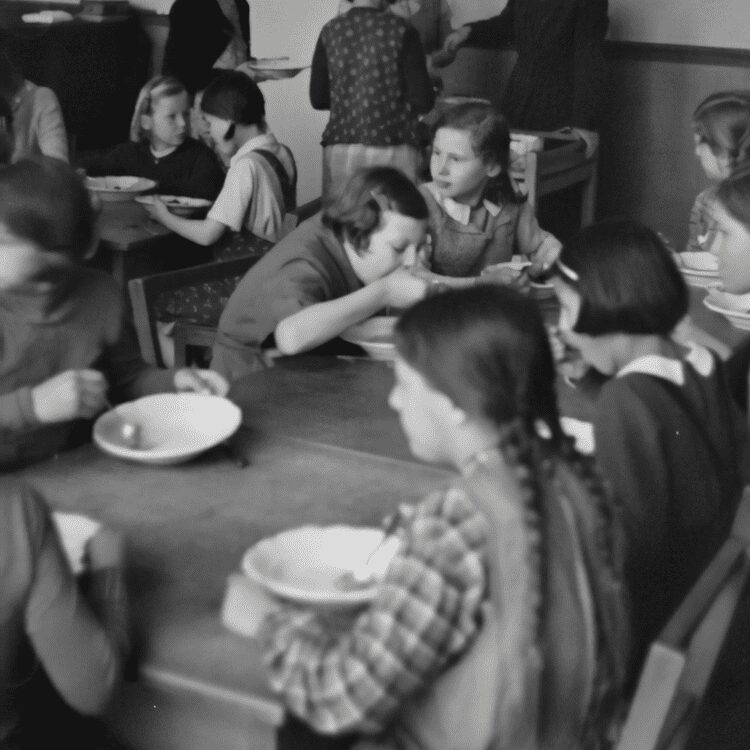 Billy Shore is a founder of the organization Share Our Strength, the umbrella organization of No Kid Hungry. Over the past 35 years, the organization has made huge strides in ending childhood hunger in the United States. How have they done it? Listen:

Guest Host: Alex S. Jones – Pulitzer Prize-winning former New York Times reporter and former director of the Shorenstein Center on Media, Politics and Public Policy at Harvard. This two-part series is produced in partnership with the Center for Strategic Philanthropy and Civil Society at the Sanford School of Public Policy at Duke University.

The idea of Share Our Strength was that everybody’s got some particular strength to share, some gift to give, some innate talent that could make a difference in the lives of others. And, the truth of it was, I was terrible at asking for money. So, we realized we had to come up with some other way of generating revenue. And really, what we decided was to ask people not for checks, but to share their strengths. So, we asked chefs to cook at food and wine benefits and we would sell tickets to that and turn that into revenue. We asked corporate sponsors to be part of that and we would turn that into revenue. And, we went from a $2,000 dollar cash advance on a credit card to start to today, about $85 million a year.

Considerations about partnering with corporations

Companies are going to basically let market forces dictate what they pay their employees and you may not always find that satisfactory. So, you do have this moral dilemma of – we’re trying to feed more families and is that job made harder or easier by the companies that we’re we’re partnering with? We can’t control everything or influence  everything that a company does, but if they’re willing to make a significant, meaningful impact in the community, we’re eager to facilitate that.

So, how does No Kid Hungry actually combat childhood hunger?

You could probably think of it as modernizing the infrastructure of the schools. The most typical [response from schools] we’d hear is, “We can’t feed kids in the classroom because we would have to have insulated carts on wheels to transport the food from the cafeteria to the classroom.” And we’d say, “Okay, we can provide those carts.” And they’d say, “We can’t do it in the classroom because when we tried it, kids spilled milk too often and we had to change the carpet.” And we’re like, “Okay, we’ll pay for a new carpet.” We’ll do that. We get it. It’s not about the carpet, right? It’s about the kids.

On the impact of the program

With individual kids, we see them literally being healthier. We see them attending school more. We can count their attendance. We can measure their test scores. A lot of these things have improved as a result of better nutrition. We also see an increasing sense of those who are not doing this, who have looked at the results at schools that have and said, well, we should be we should be feeding our kids better as well. So, there’s this kind of growing movement.

Probably the most important thing we’ve seen is that kids who are poor and kids who are food insecure, they need not be hungry. Just because a kids’ poor doesn’t mean he or she can’t have three meals a day. We’ve been proving that they can.

Ultimately, as a society, we’ve got to tackle poverty because  it creates terrible stresses on families and children and food insecurity. But at least now, for the first time, we’re seeing kids who may be poor, but they’re no longer hungry, and they actually have a chance of doing well in school, paying better attention, of succeeding and breaking out of the cycle.