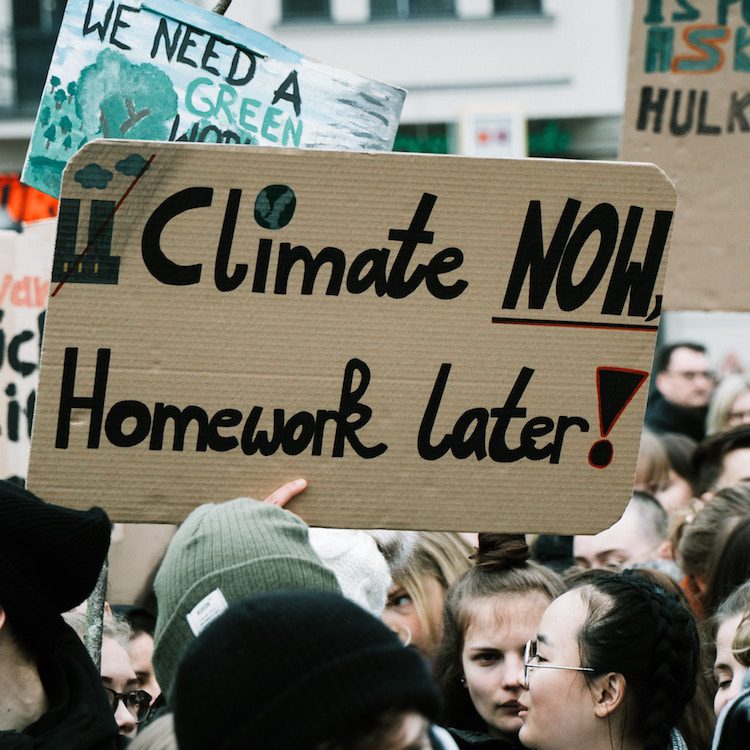 With recent scientific reports on the effects of climate change, climate strikes around the world and big companies like Amazon promising action, climate change is a topic that is important to research and understand. We discuss climate-related policy ideas with Billy Pizer, an expert in  climate change policy, law and legislation.

On the unique problem of carbon dioxide pollution

Carbon dioxide takes a really long time to get out of the atmosphere. Eventually it gets absorbed by the oceans, which actually causes a separate acidification problem in the oceans. But the best science predicts that a ton of carbon dioxide admitted today is basically going to have its warming effect within about 10 or 20 years.

And that warming effect is actually going to persist constantly probably for over a thousand years just because of the delay in terms of getting it out of the atmosphere and the lag in terms of how the warming takes place. So the problem is that if we decide we have a problem and we don’t like it in 50 years, for the most part, we’re stuck with it.

Why has climate change become such a polarizing issue?

I’ve worked in the government for roughly four years, about half of that was under a Republican administration, half that was under a Democratic administration. I’ve always found people in both parties to be concerned about the environment. (It was Richard Nixon who passed the Clean Air and Clean Water Acts in the late sixties, early seventies.)

I think most people want a cleaner environment, but they just don’t trust the other party to do it the way that needs to be done.

I guess it was 10 years ago, when people suddenly realized that the defense experts were very concerned about climate change. There is a lot of evidence that first of all, climate change causes more conflict. People are just hot and mad, I guess, but it also creates displacement and refugees and migration that create conflicts and stress on the global security system. Just imagine that all these parts of the world where you have a billion or more people living suddenly are not inhabitable or they’re less pleasant or they’re not able to economically develop in the way they otherwise would. That’s going to create a lot of tension and stress.

[Individual actions are] great. I don’t want to pooh-pooh them, but I think the, we need a lot more than that. We generally regulate because there are a lot of reasons why people believe that investment in energy efficiency does not occur at the right rate. A classic example is the landlord tenant problem. Landlords are not going to invest in energy efficient appliances for their apartments because they don’t think they can get the money back from the renters who won’t necessarily know that they’re renting an apartment with super low cost or they may not pay the energy bill. So those sorts of market failures lead [mean] you need government policies.

I’m not sure [making more people aware of the problem] is the fastest solution or the most practical one at this point. I think most people are aware of it. They just have different ideas about what might make sense. So my view, and I’m not sure it’s the right one, but my view is that the way to move forward is actually to figure out ways to bring people together, which might not be as aggressive as some people would want, but it’s a lot more than what we’re doing right now.