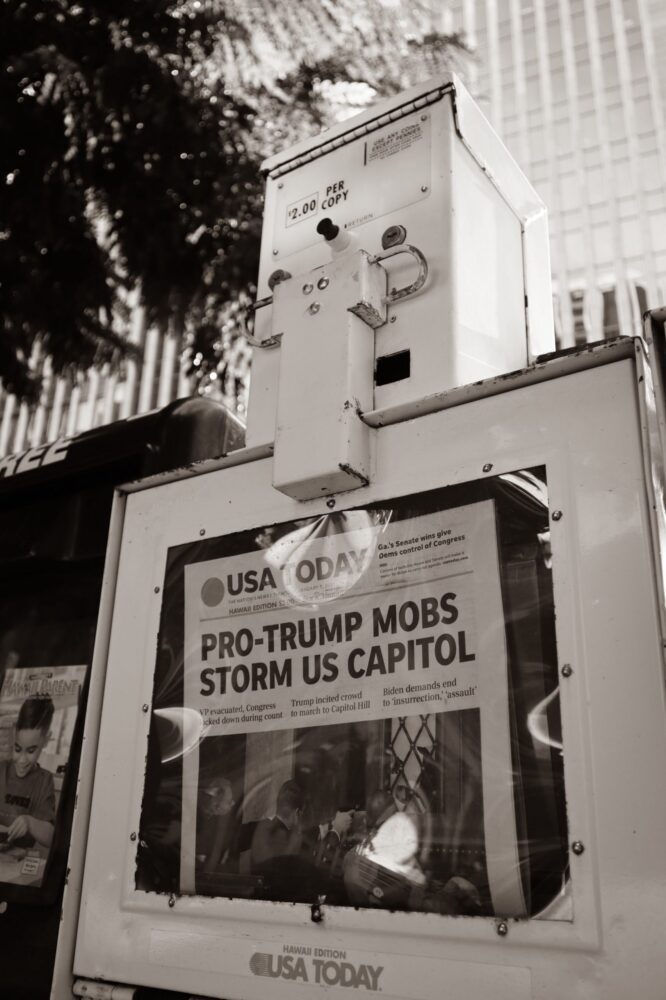 The bulletin is in response to information from the Department of Homeland Security which suggested “ideologically motivated violent extremists with objections to the exercise of governmental authority and the presidential transition, as well as other perceived grievances fueled by false narratives, could continue to mobilize to incite or commit violence” following the January 6 presidential inauguration.

In a recent guest column in The Tampa Bay Times, Duke Professor David Schanzer wrote “Jan. 6 demonstrated to all Americans what many observers have been warning about for years – we have a serious domestic terrorism threat on our hands.”

On this episode of Policy 360, Schanzer joins Duke Sanford School of Public Policy Dean Judith Kelly to explore how to reduce that threat. Schanzer directs the Triangle Center on Terrorism and Homeland Security.

While Schanzer says that he was surprised by the “breadth of a giant mob rioting at a public building” he says the idea that there would be large-scale violence that was motivated by various forms of right-wing extremism did not come as a surprise to him.

Longtime listeners may remember Schanzer’s appearance on Episode 97 of Policy 360, in which he discussed his 2015 study which  in a survey of police chiefs around the U.S. found they identified right-wing extremism as a greater threat in their jurisdictions than extremism inspired by Al-Qaeda or ISIS.

So the current threat is not a new one but rather one “mobilized, as the advisory suggests, by the lie of a fraudulent election and a steal of power,” Schanzer says, and adds one way to address the threat of domestic terrorism is for Congress to make it a crime.

“There’s been an odd disjunction in our law where there’s actually a crime that is about committing political violence outside of our borders for conduct transcending our borders,” says Schanzer. “It’s called international terrorism.”

While there is a separate crime for terrorism abroad, there is no parallel for the same activity at home.

The importance of criminalizing domestic terrorism is not simply to prosecute perpetrators, Schanzer clarifies. “We always find things to prosecute people for if they’re engaged in violence. It’s not difficult. But I think to have a solution to this problem, we need to empower law enforcement to do more to go after violent groups.”

Designating domestic terrorism as a crime would “make it a crime to engage in political violence, to provide support–money and other forms of support–to specific acts of political violence” as well as allow for more extensive surveillance to catch potential coordinated events.

“I think what was significant about the [Jan. 6 inaugural] Capitol incident was that this was a mass mobilization event,” reflects Schanzer.

“There were many fellow travelers who didn’t come to Washington, but [are] ideological soul mates [of the rioters]…. So if you had a riot of two or three thousand people and there’s a hundred others who would have liked to have come for every one that did, that’s potentially a lot of people.”